This summer I worked at Hewitt once again, this time working in the 2nd location since it was much busier than the other location they had me working at the beginning of the previous summer. I participated in a bible study with my mom, continued studying tae kwon do (this time with Joyce), and started my applications to vet school for the first time. I posted in a special blog daily to share what I was learning at the bible study (see the blog HERE). And I met my future husband without even realizing it. May 21st I started the job and met the guy who prepared my desk and cubicle name card. We got along just fine as friends, and seeing how he was married and I was in a serious relationship (two years!) that was all we were. Glorified acquaintances after I left for school in August.

Through the summer, despite being able to see my boyfriend often, I found myself getting more and more irritable with him. We did have some good times: a wedding, some concerts, some fun double (and triple) dates, etc. I even started envisioning my own wedding and looked forward to getting married one day, just not particularly to my boyfriend. I found myself drifting away from him. And a large reason for this was due to me finding out that he would check my emails many times a day, more often than I would check them. He also once told me that he wanted me to share everything that I talked about with guy friends of mine. Every conversation with a guy ever, he basically wanted me to summarize or send the conversation (if it was electronic). More than once, he would go on my laptop and would just read all of my chat logs with people. This brewed a terrible mistrust between us. I trusted him completely, and would never check his emails or messages or anything of that sort. I felt the world around me crumbling down, and went into my senior year fall semester knowing that I had to end this relationship that was falling apart.

I tried to keep myself busy with school: I had classes, my job, and a research project that took up a lot of my time. I lied to myself, and tried my best to see past what was blatantly obvious to not only me but even those who were close to me. Joyce would ask me often if I had broken things off with the boy yet. I dragged my feet, and eventually in October decided to take another “break” for some time. I remember my boyfriend being upset and asking me if we would be back together for Christmas, or Easter, or graduation… etc. Also, we kept falling into this cycle of setting up physical boundaries and then breaking them. I was struggling with what I wanted physically and what I believed spiritually. At this time in my life, I wasn’t able to commit myself fully enough to this relationship to move past this barrier I was enduring.

In November, I broke up with the boyfriend. He was in shock, and tried the bargaining phase first by threatening that his mom and grandma would have to return the gifts they got me for Christmas. Then he backpedaled and said it was a mutual break up. He ended with “let’s be friends after awhile- after we give ourselves time to heal.” I didn’t know what that would look like, but at first I was relieved to be free. Free from the pressures and being dragged down this rabbit hole. Also, free to change my email password. Right after the break up, I went to NYC with Joyce for fall break and to celebrate Thanksgiving away from reality. It helped me get my mind off things, but as the semester came to an end I found myself extremely alone without the guy I had spent the last almost two and a half years with. I went into winter break working at Hewitt and was asked out by two of my co-workers, both of which I turned down since the wound was still fresh, and they were two idiots anyways. 😛 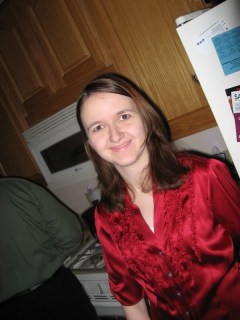 The ex wanted to be friends again before I was ready, then when I was ready I was basically thrown back into his life. We started talking since this stupid guy I had just started talking to over the internet contacted my ex and said a bunch of stupid stuff. We reunited under good terms, but I found it strange that my ex was very concerned that I would date someone too soon. He asked me to wait until (?) when he was ready for me to move on. I didn’t have much time to think about this request since a week after we started talking again, his mom suddenly passed away. I was literally thrown back into his life, at his mom’s wake and funeral, and there with him after all of it. I even drove him back to school afterwards, and we got stuck in a snow storm so stayed the night at a hotel about 45 minutes away from school. This was the night I realized how much I missed him, and being around him. Despite everything, he was basically my best friend that I had drifted away from. My best friend who didn’t trust me while I loved and trusted him completely. My feelings came to the surface and I could no longer be around him since I felt like I had to get over him but couldn’t with him near me. I selfishly pushed him away during one of the worst times in his life. My only regret, even to this day.

But moved on I did. I graduated from college with a smile on my face, and I went into the summer trying to get my first “official” adult job as I reapplied to vet school again (I didn’t get in during my first try).

"All of us need to move forward in our lives. If you aren't moving forward- if you aren't doing more to reach your goals, setting new ones for yourself, and trying your best to live in fulfillment of your purpose- then I'll be honest with you: you're dying." - @trentshelton #love #trentshelton #thegreatestyou #selflove #selfcare #straightup #honesty #truth
I'm always a goofball but most recently only have 4 more pounds before I'm back at my prepregnancy weight. My blog has been under construction but stay tuned for future articles. I'm working on something big. 🙂 #postpartumbody #postpregnancybody #postpregnancy #9monthslater #fitness #momlife #workout #exercise #love #baby #ymca #alwaysevolving #selfevolve
Best nine of 2019! Such a great year. Looking forward to the new decade. #topnine2019 #topnine #bestnine2019 #love #exercise
And just like that it's been a week. I have yet to write the first blog post because #momlife and #workingmomlife but the first topic I want to dive into is related to the physical changes your body goes through during and after pregnancy. This picture was taken sometime around 7 months of my pregnancy. 🤰 And I can't love my body more than I do in this picture. It goes beyond the normal beauty that's seen on magazines and mainstream media. This is the beauty of growing a human being. What a kickass super power. #babybump #pregnancyphotoshoot #love #baby #pregnancy #pregnancylife #prenatal #physicalchanges #beauty
To all the Momma’s who don't look the way they used to... That don't feel as confident as they used to. Who’s photos are of their beautiful babies instead of selfies because you can't find a filter to fix the tired eyes or get a decent angle anymore. To all the moms that feel like they have lost their identity. All those who feel like they have lost friends along the way. To the ones who forget what day of the week it is and can't remember the last time you had a bath or toilet break alone. I just want to tell you that you are amazing! So strong and beautiful. And that it's okay to cry and crave just 20 minutes alone. You are a superstar... even if you don't always feel like it. 😍😍😍 Being a mom is hard work and constant. Every day you make it work and get up the next day to do it all again. Be proud of yourself. Every day you become stronger and more inspiring to other moms just trying to keep it together too. Go Be Your Own Warrior 💜💜💜
I was stuck at 166 pounds for weeks. Then I gave up alcohol and started chasing toddlers for a living and finally broke my plateau. 4 lbs lighter, now I just have to hammer out these last 10 pounds. 💪 #weightlossjourney #noalcohol #chasingkids #bouncingback #bodyback #exercise #mombod #fitness #postpregnancybody #postnatal #postnatalfitness